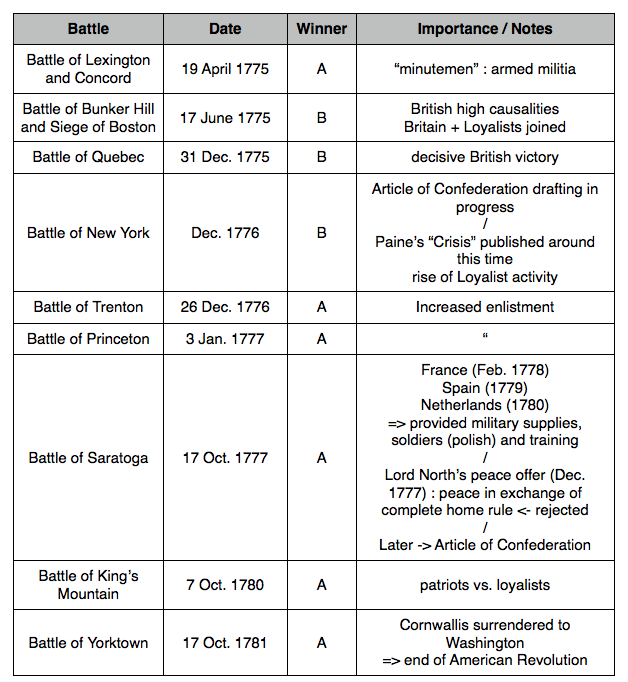 1. Great Britain recognized the independence of the U.S.
2. U.S. and Canada border was set from NE to the Mississippi River.
3. The Mississippi River divided the territory of U.S. and France.
4. Florida (Britain has gained it from Spain in French-and-Indian War) would be yielded to Spain.
5. Great Britain would withdraw it remaining troops from U.S. (though they still kept some along the Great Lakes).
6. U.S. will not persecute the Loyalists by any means (but they were still persecuted by their neighbors).

side notes:
- Britain hostility to U.S. (closed its markets, did not receive/send ambassadors, etc.)
Powered by